High school music educators often bemoan the fact that students coming into our programs have far less formal training than students of previous decades. That statement certainly rings true at my own school. Our instrumental program once primarily consisted of large general band and a select traveling band drawn from that group. Today’s instrumental program, on the other hand, is made up of a general band that does the traveling and a smaller beginners instrumental program that teaches high school age students how to play instruments for the first time, training that once was part of students’ elementary and middle school education. While music education at the primary level exists in some SDA schools, it is becoming far less common as Adventist elementary teachers take on further responsibilities amidst declining enrollments, leaving them unable or unqualified to devote instructional time to music education. Many schools which once had full-time or part-time music teachers have decided their budgets can no longer support a music program. The problem is further compounded by less and less parents enrolling their students in lessons, feeling they are unable to justify the cost of what they see as an extracurricular.

The issue of course is that music education cannot be viewed as extracurricular. Study after study has shown that music education has a dramatic impact on students’ academics across the board, but especially when students have music training for multiple years. A recent study by Northwestern University revealed that music students were better able to concentrate amidst distractions and showed increased language abilities. Other studies have found music students have increased abilities in literacy, spatial reasoning, and verbal memory. The physical brain growth documented in students who are exposed to music is outwardly expressed by the improved scholastic achievement shown in multiple studies (for a more detailed example, see research on “The Harmony Project” conducted by Northwestern University). Yet music is often viewed as an ancillary subject instead of a core one, meaning it is viewed as expendable when financial situations become distressing or when a school’s priorities leave no room for music in the schedule.

A paradigm shift will be needed for music programs to again be on the rise. The place to begin is sharing with parents, administrators, and school boards the kind of scientific research outlined above. Properly understanding music’s benefits could encourage institutions to find funds for music education as well as motivate more parents to make the financial sacrifice for lessons. Music education can lead to serious academic growth for students, but this can only happen when music is no longer viewed as an extracurricular. The philosopher Plato once commented: “I would teach children music, physics, and philosophy; but most importantly music, for the patterns in music and all the arts are the keys to learning.” While music is not the magic bullet for every problem faced by Adventist schools, viewing music as a core subject in the same vein as science, technology, and math would bring many advantages to our tremendous ministry of education. 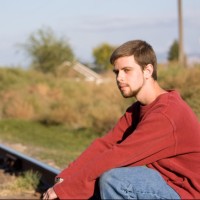